It’s Time to Go Topless – and Save! 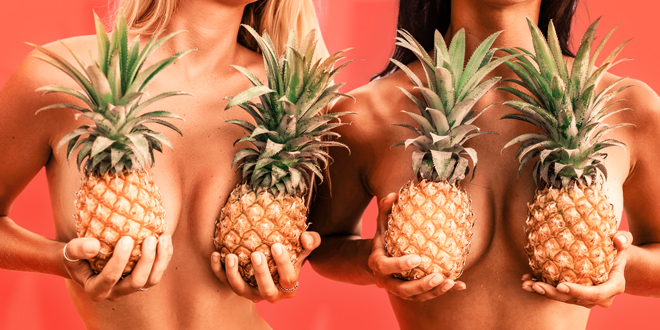 We know what you think, but we’ll stop you right there – you’re only half correct. Let us show you how going topless this summer can do more for you than just get rid of your tan lines.

Ah, cleavage – it brings us such joy… Most of the time. Aside from being a source of food for tiny humans, our breasts are also the reason we can’t button our shirts properly, something that hurts us during PMS and jogging, something that we have to cover up on most beaches with swimsuits that get increasingly harder to find…need we go on?

Despite the litany of drawbacks we just listed, we are pretty appreciative of our boobs (and our partner probably is too!) but when is the last time we really celebrate having them?

Top(less) o’the Morning to You! 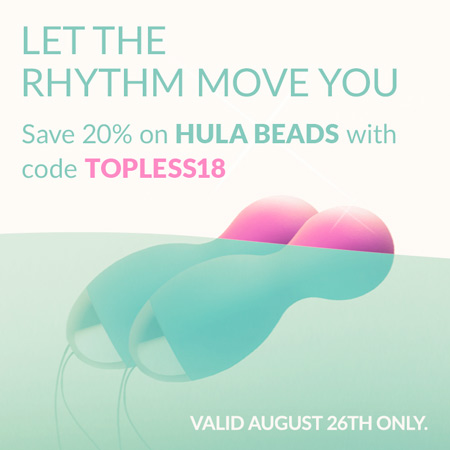 August 26th is Breast Appreciation Day (it’s actually Go Topless Day, but this sounded better) and we think you should celebrate it to the fullest. The premise is very simple. Everything you usually do at home, do it topless.

That’s right – cook topless, have coffee topless, eat topless, watch TV topless, but no touching allowed. If you want to spice things up even further, throw a remote controlled sex toy into the mix. You’ll both be crazy before the end of the day. Of course, you get to decide when to stop playing hard to get, but the naughty minds at LELO recommend you hold out for as long as you can. Play clueless and let your breasts do all the work for you  – though if you’re looking to accessorize, they may take nipple clamps as a hint.

While we’re on the topic of your giving your boobs attention, when was the last time you gave them a closer look? We’re talking an actual hard look that gives you a double chin. If you’re reading this at home, take a minute, get topless in front of the mirror and see what they’ve been up to. And no, no need to google Pink Ribbon Day, it’s not in August. But breast cancer awareness should get more media time than just that one month.

Doing a self-exam isn’t hard or time consuming, it’s just a matter of taking your breasts (and health) into your hands!

Should You Be Doing Kegel Exercises?

The post It’s Time to Go Topless – and Save! appeared first on Volonté.